This is the season traditionally called “Epiphany.” An epiphany is an event that makes something manifest, that reveals a long hidden truth. In the church year, the readings that are considered during this season focus on how Jesus was revealed to be both God and man in one.

A year or two after His birth, wise men came from the east, seeking the King of the Jews, to bring Him gifts and, more importantly, to worship Him. At some point their scholarship of ancient prophecies lead them to the belief that God would enter into human history through the people of Israel, and a supernatural star in the skies confirmed that they should head to the land of the Jews to find him. The visit of wise men was only the first of many events which would demonstrate Jesus’ divinity. In the readings of Epiphany, Jesus identified Himself through miracles, supernatural events often corresponding to specific prophecies of Old Testament.

Epiphany culminates in the Transfiguration, when Jesus allowed the tiniest bit of His heavenly glory to shine forth, so that His disciples would have the courage to endure Jesus’ sacrificing Himself at Calvary to pay for the sins of every human being.

As you journey with us through the events of Epiphany, take courage, dear Christian, see by the Word of God, the Bible, that Jesus is Lord, and that He has come into our world to win our salvation, to pay the debt of sin we could not pay, to rescue us from this present evil age, and to present us to His Father in heaven faultless and ready for eternal life with Him in heaven. This is the journey of Epiphany. 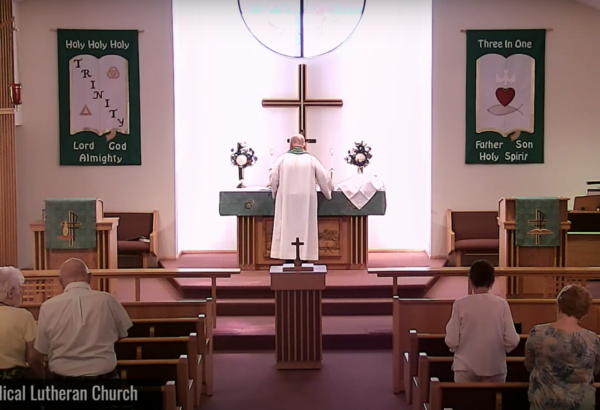