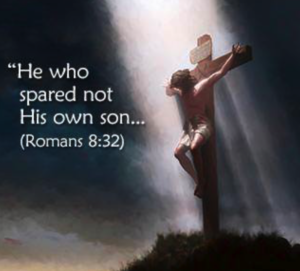 If there is a God, why do bad things keep happening?

There is no shortage of evil in the world in which we live! Mass shootings, murder-suicides, drugs, rape… and the list goes on.

Two friends, one an unbeliever and the other a Christian, were enjoying their morning coffee together. They began to discuss the latest news and how much evil there was in the world. After discussing several news events one of the ladies gasped, “If there is a God why is there so much evil in the world? Why doesn’t He do something about it? Her friend, a Christian, was ready with the answer! She reassured her friend that God was real and that He does care and that He has done something about it. Using a few Bible accounts and verses she explained how and why she believed it to her friend. She recounted the creation story from Genesis 1 and pointed out that everything God had created was perfect. “Then God saw everything that he had made, and indeed it was very good. Genesis 1:31” She next turned to Genesis chapter 3 and recounted how Adam and Eve had disobeyed God thereby ushering sin into the world. From that point on sin, with all its evil, would negatively affect the lives of every living being. Pain, suffering, and death would be a part of every person’s life. Once again, the question came, “Why didn’t God do something about it?” “He did!” came the resounding answer. He promised to send a Savior into the world to save the world from all sin. He sent His Son to earth to live as one of us. He lived His life perfectly without sin. He did so on our behalf as God demands that we live a perfect life but cannot. Then according to God’s timing His Son, Jesus Christ, died on the cross thereby paying for all the sin in the world. He rose from the dead three days later. Everything that Jesus promised was and is true including this promise. “He who believes and is baptized will be saved; but he who does not will be condemned” (Mark 16:16). The unbelieving friend, still not sure, countered, “Did God really do all that?” The Christian friend quickly quoted Romans 8:32, “Indeed, he who did not spare his own son, but gave him up for all us – how will he not also graciously give us all things along with him?” Amazed, the unbelieving women asked her friend where she could learn more, Her Christian friend gladly invited her to go to church with her; stating that, “God has much more for us to learn.” That same invitation stands for you, “Please join us for church this Sunday.”